Login/register to save Article for later
Uncategorised

Is Offsite Construction Good for the Environment?

As we’ve got better at producing energy-efficient houses, the embodied energy of construction forms an ever-higher proportion of a building’s overall impact. This is an important topic for
self builders, who have a greater degree of control over the process of developing their own dwelling. And in this respect, offsite construction is generally greener than conventional onsite methods such as brick and block.

Before getting into too much detail, it may be useful to explain what offsite construction is.

The concept is that many components of the house are manufactured in a factory before being delivered to site and assembled. The superstructure, services and more can be prepared in this way but foundations still need to be built on site.

There are many advantages to offsite construction, but in terms of sustainability the greatest plus is that it offers very significant reductions in the embodied energy (and carbon) inherent in the build process.

As most of the work is done in the factory rather than on site, there are far fewer trips to the plot from the different trades required to build a house. Time on the site is much shorter, so the travel involved to supervise is also greatly reduced.

Of course, there’s an impact to having the work done at the factory where the components are produced, and raw materials are still being used. However, due to the inherent efficiency of the manufacturing process, the overall footprint of the workforce is far lower. Plus, they will often live closer to their factory than site operatives who move between ever-changing construction locations. 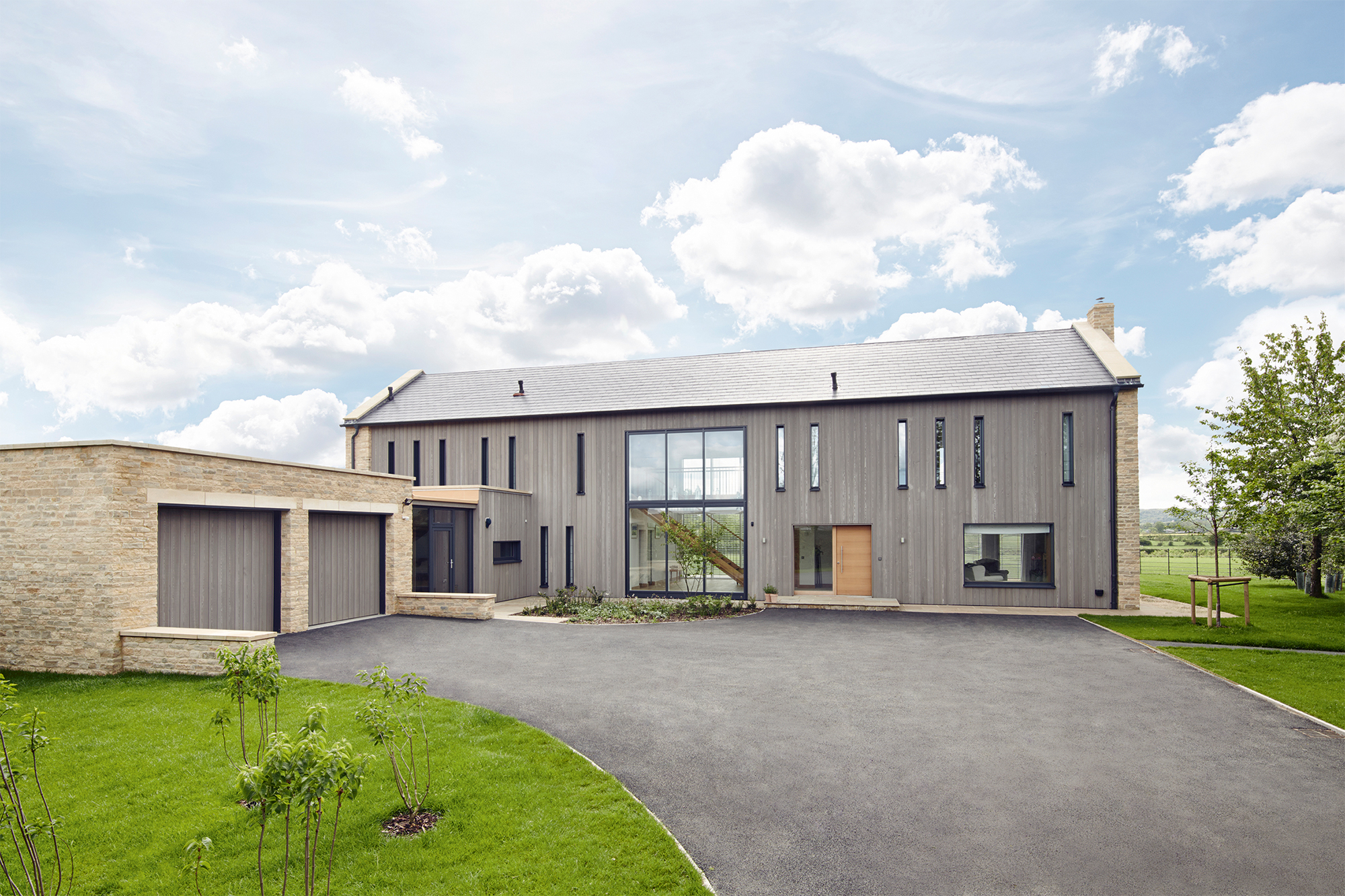 This package home by Baufritz was designed with sustainability in mind. Learn more here

Embodied effects are not limited to energy. Construction has a huge impact on neighbours and on the immediate road network. As fewer trips are being made to site, this kind of impact and nuisance is greatly reduced.

Individual components are heavy, so offsite methods generally require a crane to lift sections into place. Therefore, the transport and delivery of a crane needs to be taken into account – some sites in tight urban locations or in rural areas with constricted access may give rise to problems if not fully thought through.

Major disruption on two occasions, at the points of delivery and collection, needs to be balanced against the impact of multiple trips to and from site from many trades.

Quite rightly, one of the main arguments in favour of offsite construction is that it reduces waste. The manufacturing process should be highly optimised in a controlled factory environment.

Offcuts can be used up in the next section of the process, so this greatly reduces the amount of leftover material. The small waste streams that remain can be kept in their separate components and often returned to the material producers for recycling.

It’s also worth pointing out more scraps are generated on site due to limited space and poor storage facilities. Materials can be damaged by rain and wind while they’re stored on the plot.

Earlier trades may also cause damage when picking their way around stored materials while carrying out their work. Offsite construction eliminates the need to keep things at the build location, as components are delivered ready for immediate assembly.

The process of procurement in offsite construction is different from conventional routes. Instead of a series of supply and fit contracts (where goods are largely sourced through the same contractors that fit them), materials are all procured through the factory where the components are assembled.

It is thus much easier to see and change the supply chain to ensure your requirements are fully met. In other words, it should be easier to be green if you’re using premanufactured methods of construction.

For example, you may specify that formaldehyde-free sheet materials are used throughout the build. The factory can then procure the required boards and store them in a controlled environment ready for the assembly of your floor and wall cassettes.

The same can be said of plastics – if you want to reduce or eliminate these from your build, the process of engaging with the supplier of pipework, ductwork, cabling and outlets becomes much simpler.

There’s nothing quite so unsustainable as doing a job twice. This means double the number of visits to site, the same for trips to the builders’ yard and usually an additional waste stream. Controlled factory construction can more-or-less eliminate the poor quality and numerous snagging lists for which modern construction is notorious.

With a greatly reduced number of subcontracts, the potential for errors in communication is also less. Many problems arise from a failure to communicate between different suppliers and trades, this being ultimately a failure of site and project management.

Offsite work ensures that sequencing is planned correctly to avoid this kind of failure. Machines will also produce a more accurate set of components and eliminate human error during the build, plus associated waste.

One frequently ignored aspect of quality control is that it’s quite common for new buildings to get wet during the conventional construction process, thanks to the British climate. With offsite, once all the components of a house have been fully factory prepared and the foundations constructed, the time from commencement to having a dry shell can be a matter of days rather than weeks or months.

So the process is far less dependent on the weather and rushed work is avoided, driving up the quality level. It also makes it less likely that you will be building in rainwater that has appeared during construction, which can take a considerable time to dissipate and evaporate in modern buildings with their many membranes.

Sustainability should always begin and end with people. Narrow objectives – for example, to reduce carbon emissions – that don’t take into account the impact of building materials and the work itself on people and their welfare can ultimately produce tragedies like Grenfell.

Learn more: Why You Should Trust Your Builders and Trades

Offsite construction can be used as a way to make the process of building houses easier and more comfortable for the people involved. Factory assembly is designed for work at a comfortable height and vastly reduces the amount of kneeling that’s required on site.

It also lowers the number of tasks carried out at height and there will be less hot works on site. Both these jobs can be hazardous and constitute risks to human health.

by Build It
Blog

Recent Changes in the Ministry of Housing