Basement Extensions: The Pros and Cons

From storage space to a new kitchen, your basement could add extra living space – and value – to your home. Laura Pank investigates

The premium on space has seen interest in basements soar as they become elevated from mere storage rooms to day-to-day living  spaces. If you have a cellar, it may make economic sense to exploit it, perhaps enlarge it and turn it into a habitable basement.

“Depending on location, current value and style of the basement conversion, it could increase your home’s value by as much as 30 per cent,” says Maggie Smith of The London Basement Company. “For example in certain areas of London, such as Fulham, converting a basement is now the most popular form of extension and business is growing by 50 per cent a year.”

Your first priority if you want to join the trend is to check with a local estate agent that developing your cellar would add to the value of the house. No such concerns apply if you are planning a new build, provided your plot is suitable – that is well drained and not subject to flooding, and allowing good access for excavation work.

Learn more: Can I Add a Basement to My House?

Including a basement can provide a whole floor of useful extra space. At this stage you can plan a design with windows into a well or courtyard – the ideal way to let in plenty of natural light.

Retro-fitting a basement into an existing house is the one option that needs the most careful investigation, because it is likely to be the most expensive of the three types of basement. You need to make sure you will redeem any outlay you make, and this will very much depend on property values.

In city centres such as London property values are now so high that almost any type of basement build could be financially viable.

A suitable case for digging

Are there any conditions where a basement cannot be fitted? Most obstacles can be overcome, but high water tables and particularly where there are main services running beneath the property may make costs prohibitive. “Local authorities have lists of areas that are close to rivers – the closer you are, the higher the risk and the more difficulties to overcome,” says Keith Defoe of Cellarwise.

Build your own basement

“It’s also more difficult to install basements where there is a solid floor.” There are some cases where it really is not feasible to fit a basement. Maggie Smith says: “We have fitted basements to some modern houses, but modern terraces and townhouses that are built on raft foundations can’t be underpinned, so can’t have basements.” It’s also important to have good access for the excavation work: too close to a boundary or the road and it could be difficult for a JCB to get in.

Until 10-15 years ago, basements simply relied on being dug out and finished with cement, with no extra waterproofing. The result was that after several years leaks would inevitably occur, perpetuating the reputation that basements have always had for damp and susceptibility to flooding.

Today, basements are excavated and their foundations underpinned with waterproof concrete, but in addition the whole area is tanked on the inside with a heavy waterproof membrane covered in studs.

This cavity membrane system ensures that any water that may build up is directed down the studs into a gulley that runs all round, and thence into a chamber where a pump – or more than one if it’s a large area – drains it away.

The pump comes on only when necessary and is not audible. “The pump is serviced annually,” explains Maggie Smith. “You can also have an alarm fitted to monitor the pump and a back-up power source.”

Do I need planning permission?

Straightforward cellar conversions and some works to pre-existing basements will be considered permitted development (PD), which means you shouldn’t need to seek formal planning permission. Nevertheless, it’s worth applying for a Lawful Development Certificate to confirm your proposed project is acceptable. Bear in mind that some urban councils, in particular, now restrict PD rights for basement projects – although they also tend to be more forthcoming with design guides for this kind of scheme.

Triggers that tend to indicate you’ll need formal planning consent include: underpinning works (which are classed as major engineering); any project where you’re retrofitting an entire new storey; and designs that will change the external appearance of the house (for instance by adding light wells). If you’re excavating close to neighbours, you’ll also need to check out your responsibilities to protect their property under the Party Wall Act.

How long will it take?

Depending on the size of the property, the amount of excavation and building work required and its complexity, the work will last typically for 12-20 weeks. Although excavating tons of earth is bound to be disruptive, the job is done from outside rather than from inside your house, which is effectively sealed off at ground level.

Generally a wooden hut is constructed in front of your house and tunnelling is done from within this structure, the excavated earth funnelled along a chute out of the hut straight into a skip. Before deciding, consider the following points: Smart Homes of the Future
by Build It
Next Article 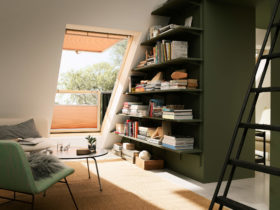 How to Convert a Loft
by Paul Hymers