Standard home insurance is designed to cover you as the owner, not as a builder. If you carefully read a home insurance policy you will often find that extensions, renovations, alterations or leaving a property unoccupied are all excluded.

At best, then, it can be confusing to establish exactly what cover you may or may not have. Some home insurance providers will agree to add an extension project to your policy. Yet even then, the cover provided won’t typically protect you adequately against the risks you will be confronted with.

In general terms, buildings insurance covers the structure and fixtures on a named peril basis against fire, flood, vandalism, subsidence and damage following a forced break-in or theft. Adding accidental damage to the policy extends it to include unintentional issues caused to permanent parts of your home.

But – and it’s a big but – there are always exclusions, one of which is likely to be for faulty workmanship. So, if you inadvertently cause a collapse while creating a new opening in a wall, you won’t be able to claim for the damage or repair, as the insurer will consider the issues to be due to faulty workmanship.

You may then look to the builder, but to do that you would need to prove negligence. This can become quite tricky if they provided all the necessary support, but the structure failed anyway. It’s for this reason you should consider extension insurance, which is designed to cater for the risks you will face.

This provides the homeowner protection on both the main house (classed as the existing structure) and the new addition as a building project for the duration of the works.

Cover is provided on a lost or damaged basis, which is far wider than named perils, so the need to prove negligence (as per the scenario outlined previously) is removed. In short, it is specifically designed to cover the risks you will face when carrying out an extension project.

Does the cover required vary according to the nature of my build?

Extensions can be vertical or horizontal, and may include basements. In all cases, extension insurance from a recognised provider will react to the project you are undertaking to give you the right cover.

The build route you use to deliver the project is a key factor. For instance, you may be using a single builder who has contractor all risks insurance (and, importantly, not just public liability). If they are doing the whole extension on a formally contracted basis from start to finish, without major alteration to the existing structure, then you should be able to rely on their cover and your home insurance. But you must tell your provider and get their agreement in writing.

If you’re managing trades, doing some DIY, buying the materials or taking over part-completed works to finish yourself, then you really need specific extension insurance. This will also allow you to live in the property while you carry out the works (assuming it’s safe to do so). Be sure to tell your home insurer what you’re doing and check they’re still happy to continue cover for your contents.

What won’t be covered?

Consider what impact the works may have on neighbours, should things go wrong. When making structural changes (such as excavating close to foundations, removing structural supports or placing steels in a party wall) then you will have responsibilities under the Party Wall Act or common law for any foreseeable damage you cause to their property.

Extension insurance won’t automatically include party wall liability, so make it very clear if you need cover for your exposure to this. Such situations require specific additional cover, and you must tell the insurance provider in advance.

In terms of going DIY, most extension policies sold by a specialist such as Protek will enable you to carry out part or all of the works yourself. However, some restrictions may apply around demolition, underpinning works etc – where cover might be subject to you using an appropriately qualified pro.

What does extension insurance cost?

The real question is, how much will it cost if you don’t take out a policy? On a £200,000 house with an extension budget of £100,000, you might pay around £240 for a three-month policy; or £480 for six months’ cover. That’s a very reasonable investment in comparison to a damaged shower tray or a claim for concrete splashed on your neighbour’s car.

In the case of collapsed walls (resulting structural damage), injury to a contractor or theft of an item of hired plant, it can quickly become the most valuable product you purchase. Always insure for the cost of reinstatement by a professional (even if you’re doing the works yourself). If you have a total loss and are underinsured, your provider will reduce the pay-out proportionately. 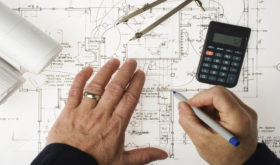 Self Build Mortgages: Latest Rates
by Build It magazine How Much Will My Extension Cost? 5 Steps to a Bespoke Oak Frame Home on a Budget