Richard Bacon, MP for South Norfolk, has released his landmark report aimed at scaling up delivery of custom and self build (CSB) homes in the UK.

Prime minister Boris Johnson commissioned the report by Mr Bacon, a long-standing champion for self build homes, earlier this year.

Entitled House: How putting customers in charge can change everything, the report addresses areas such as consumer choice, planning challenges, lack of land supply and difficulty in accessing finance.

“We need to build more and better new homes. Custom and self build can help achieve this, by putting customers and their choices back at the heart of the process,” says Mr Bacon.

“When customers come first, we will see more homes built – that are better designed, better built, greener and which cost less to run – and which are warmly welcomed by their communities. This review sets out a route map for how we can achieve this much needed change.”

The review sets a target of 30,000-40,000 self-commissioned homes per year, representing a significant contribution to meeting the government’s housebuilding ambitions. But Bacon notes that, were we to achieve the same rate of success as the Netherlands, the UK could deliver 60,000 custom homes per year – in addition to existing new housing delivery routes.

“Homes England has a key role to play in kickstarting this market – and my core recommendation is that a Custom & Self Build Delivery Unit should be established with a man-date to deliver the required changes, staffed by skilled professionals with deep experience of delivering custom and self build projects for customers across all tenures” Richard Bacon MP

The recommendations follow hot on the heels of the government’s announcement of an immiment Help to Build equity loan scheme designed to open the self-commissioned homes market up to those with lower mortgage deposits. It also lands in time to be considered as part of the government’s upcoming planning reforms, based on its Planning For the Future White Paper.

“As we build back better we want to help more people build their own home, making it an option for thousands who’ve not considered it or ruled it out before. This will help get more people on to the housing ladder, ensure homes suit people’s needs whilst providing an important boost to small builders and businesses too.

“I warmly welcome Richard Bacon’s report which matches our ambitions for the custom and self-build sector. We will consider it fully and respond to the recommendations in due course.

“The launch of the Help to Build equity loan scheme will be a game-changer to the self and custom build market and will allow individuals to borrow with lower deposit mortgages which will go towards the design and build of their new home.”

“There is clearly something wrong with any market where customer choice is so notably absent, in particularly where such choice so demonstrably leads to better and greener homes. At the heart of the challenge is a planning system that appears hard wired to produce a product that most of us do not want, and which fails to reflect the diversity of our communities.

“The recommendations in this report, which include the review of the Right to Build and the rapid launch of Help to Build have the capacity to positively transform our country’s relationship with the new homes market.”

“This Report marks a major milestone in the drive to scale-up the custom and self build housing sector in this country and we welcome its conclusions and recommendations.

“Richard has looked comprehensively at the growth potential of custom and self build housing as a driver for more and better designed homes and much greater consumer choice. He has concluded there is a significant market ready to be unlocked through a series of targeted actions.

“We look forward to continuing to work with Richard and the Government to secure the timely implementation of his recommendations.” 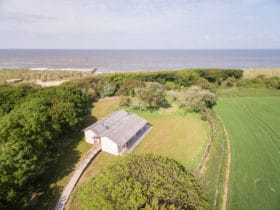 How to Value a Building Plot
by Mike Dade
Next Article How to Build an Eco Home Self Build Home on a Budget
Lakeland Timber Frame
Our sponsors